Fort Craig is about 35 miles south of Socorro. From the north, take I-25 to the San Marcial exit, then east over the Interstate, and south on old Highway 1 (about 11 miles). Then follow the signs to Fort Craig. (If traveling on I-25 from the south, take exit 115.)

Fort Craig, established in 1854, was one of the largest and most important frontier forts in the West. Set in the rugged beauty of Socorro County, N.M., it was one of the eight forts situated along the primary north-south road in the Rio Grande Valley. Fort Craig played a crucial role in Indian campaigns and the Civil War. Military excursions from Fort Craig pursued such notable Apache leaders as Geronimo, Victorio and Nana. The Fort has a rich multicultural history, full of stories of courage, honor and sacrifice. The Fort was home to Buffalo Soldiers of the 9th Cavalry and 38th and 125th Infantry, the predominantly Hispanic New Mexico Volunteers and New Mexico Militia, and household names like Kit Carson, Rafael Chacуn and Captain Jack Crawford. 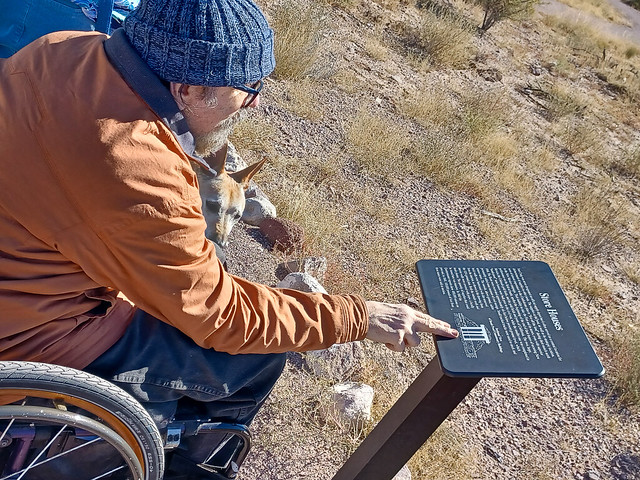 Fort Craig played a significant role in 19th-century New Mexico history. The fort was situated on El Camino Real de Tierra Adentro (the Royal Road to the Interior Lands) — the 1,200-mile Spanish colonial trail from Mexico City to Santa Fe. This road served as New Mexico’s lifeline with Mexico for 223 years and was recognized in 2000 as a National Historic Trail.

In the mid-1800s the New Mexico territory was crossed by a large number of trails. Located along the travel routes were numerous military forts, designed to protect travelers and settlers. These outposts played a key role in the settlement of the American frontier.

Fort Craig was host to the largest U.S. Civil War battle in the Southwest. It was was the epicenter of a battle that involved thousands of Union and Confederate troops, many of them New Mexico volunteers under the command of Kit Carson. Troops from Fort Craig included companies of Buffalo Soldiers who were garrisoned here while involved in struggles with Native Americans deemed at the time to be hostile.

At the outbreak of the Civil War, Fort Craig remained a Union Army Post manned by regular army troops. In 1862, troops under the command of General H.H. Sibley continued up the Rio Grande after capturing military installations to the south. On February 21, 1862, Sibley’s troops engaged Union troops led by Colonel R.S. Canby. The Battle of Valverde took place upstream from Fort Craig at Valverde Crossing. Although many consider the battle to have been a Confederate victory, Union forces succeeded in holding the fort and half of the Confederate’s supply wagons were destroyed. The loss of the remaining supplies at the Battle of Glorieta, east of Santa Fe, on March 28, 1862, forced the Confederates to retreat to Texas and ended Southern aspirations for military conquest in the West.

After the Civil War, troops stationed at the fort resumed their attempts to control Indian raiding. By the late 1870s, these efforts began to succeed and the surrounding valley prospered under military protection. The fort was temporarily closed from 1878 to 1880 and, because the fort’s military function was no longer necessary, the fort was permanently abandoned in 1885. Nine years later, Fort Craig was sold at auction to the Valverde Land and Irrigation Company, the only bidder. The property was eventually donated to The Archaeological Conservancy by the Oppenheimer family and was transferred to the Bureau of Land Management in 1981. The site is a BLM Special Management Area and is listed on the National Register of Historic Places.