To most visitors to the high desert of southeast Oregon, with nature visible on such a grand scale, a sagebrush-covered basalt rock rim would probably not draw attention. That is, unless you’re an archaeologist.

Luckily, the BLM Burns District has an archaeologist – Scott Burns – and a strong partnership in archaeology, including an annual archaeology field school with the University of Oregon, its Museum of Natural and Cultural History, and the Oregon Archaeological Society. 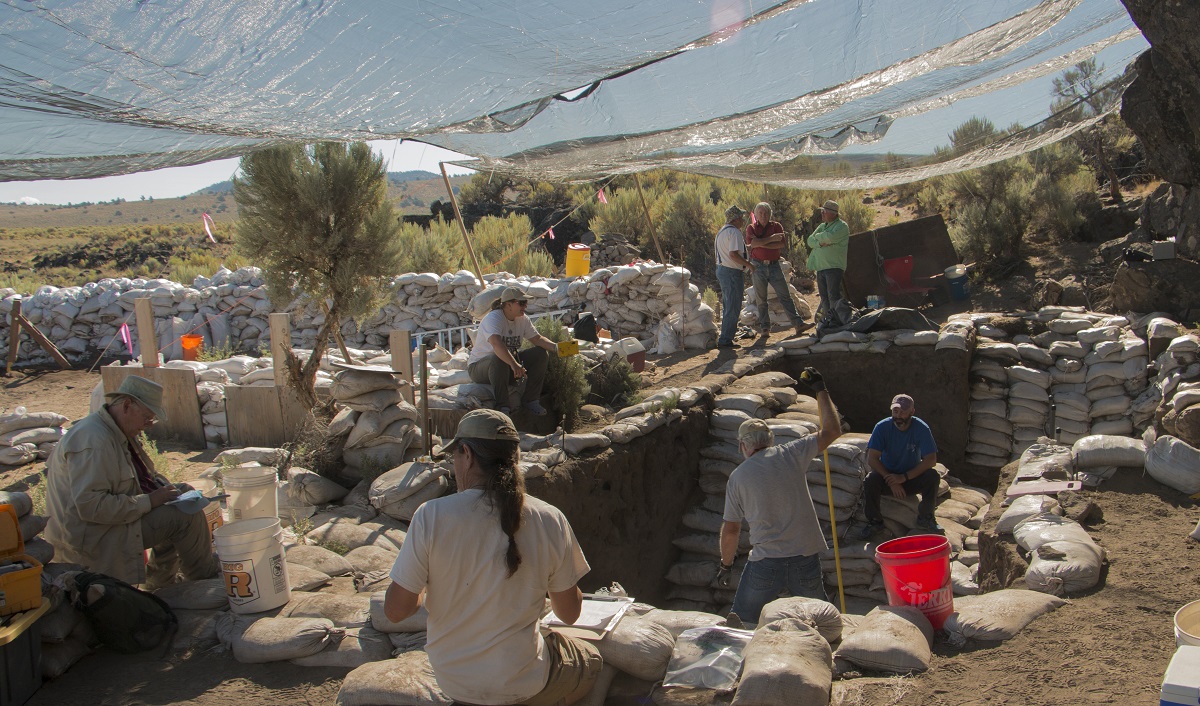 In 2009, this partnership led directly to the discovery of the Rimrock Draw Rockshelter – that’s the name they gave to the site near that obscure basalt rim.
That year, Thomas was shuttling water and supplies to the field school at a site near Sheep Mountain, and something on the horizon caught his eye. “I saw this basalt rim kind of peaking up over the sagebrush, “ he recalled, “so I came down to this site and the sage brush was seven or eight feet tall, which usually means there’s deep soil here-- deep sediments-- which is a good place to do archaeology.”

Thomas also found spearpoints and other items that dated to roughly 8,000 years ago, and brought the field school to the site the following year to do test excavations. These tests revealed that a significant site did exist.

Thomas and the field school partners have been at it ever since. In 2015, the field school made international headlines at the site after archaeologists found a small stone tool under a layer of volcanic ash from an eruption about 15,800 years ago. This tool suggests one of the oldest known human occupations in the western United States.

Excavations continue at the site each summer, under the direction of Dr. Patrick O’Grady, a longtime associate of Thomas’ and an archaeologist for a BLM partner – the University of Oregon’s Museum of Natural and Cultural History. 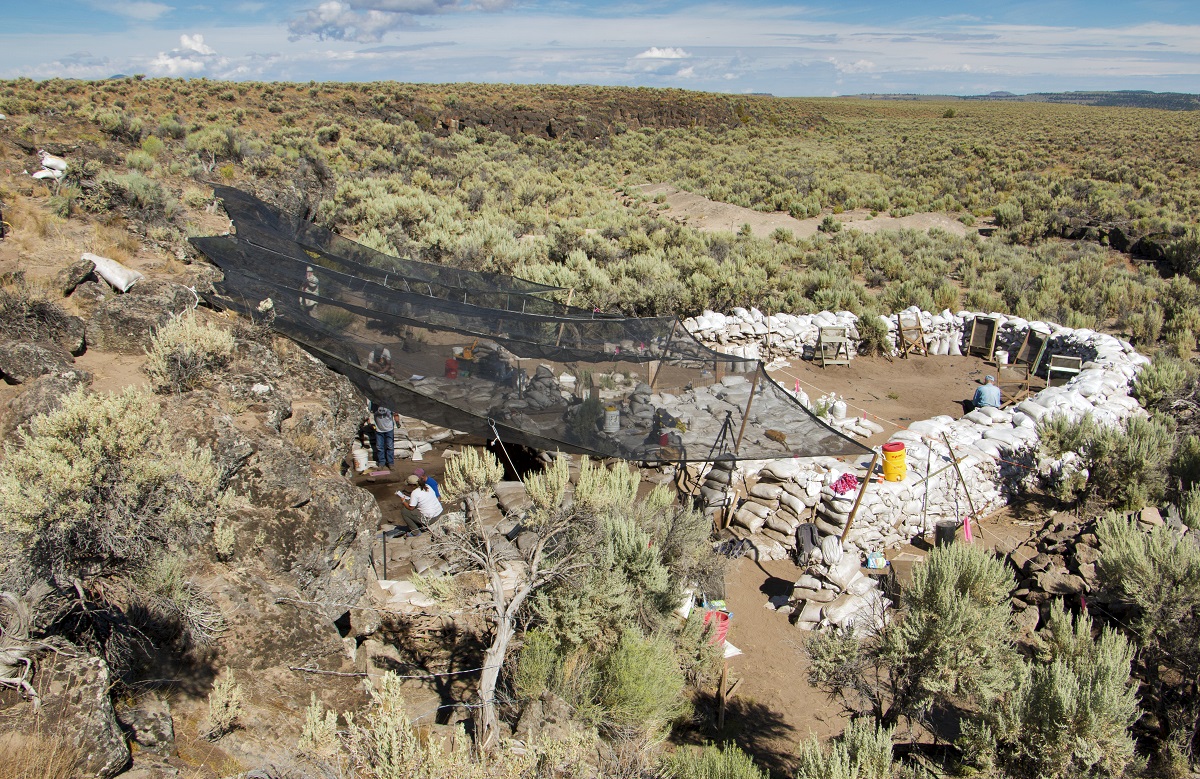 “The site’s very rich,” says O’Grady. “Most of what we’re finding at the site is stone tools, because organic preservation isn’t particularly good here. But the stone tools we’re finding are really quite old, and they’re being found in association with some very distinct sediments that tell us about the nature of the site when it was used 13 thousand and more years ago. We have volcanic ash that has floated in here from various places around the western part of the United States, and we have some burned animal bone; we have evidence of cooking hearths, site furniture that shows us where people were sitting at places long ago; we have the orientation of the site to the stream that used to run by here and probably dried up about six thousand years ago. The site is just so rich in terms of the artifact content and the information it provides about the overall setting.”

Working together, the BLM and its partners continue to explore and unravel the history of the Rimrock Draw Rockshelter, just one of many special places amidst the grandeur of southeastern Oregon’s public lands. 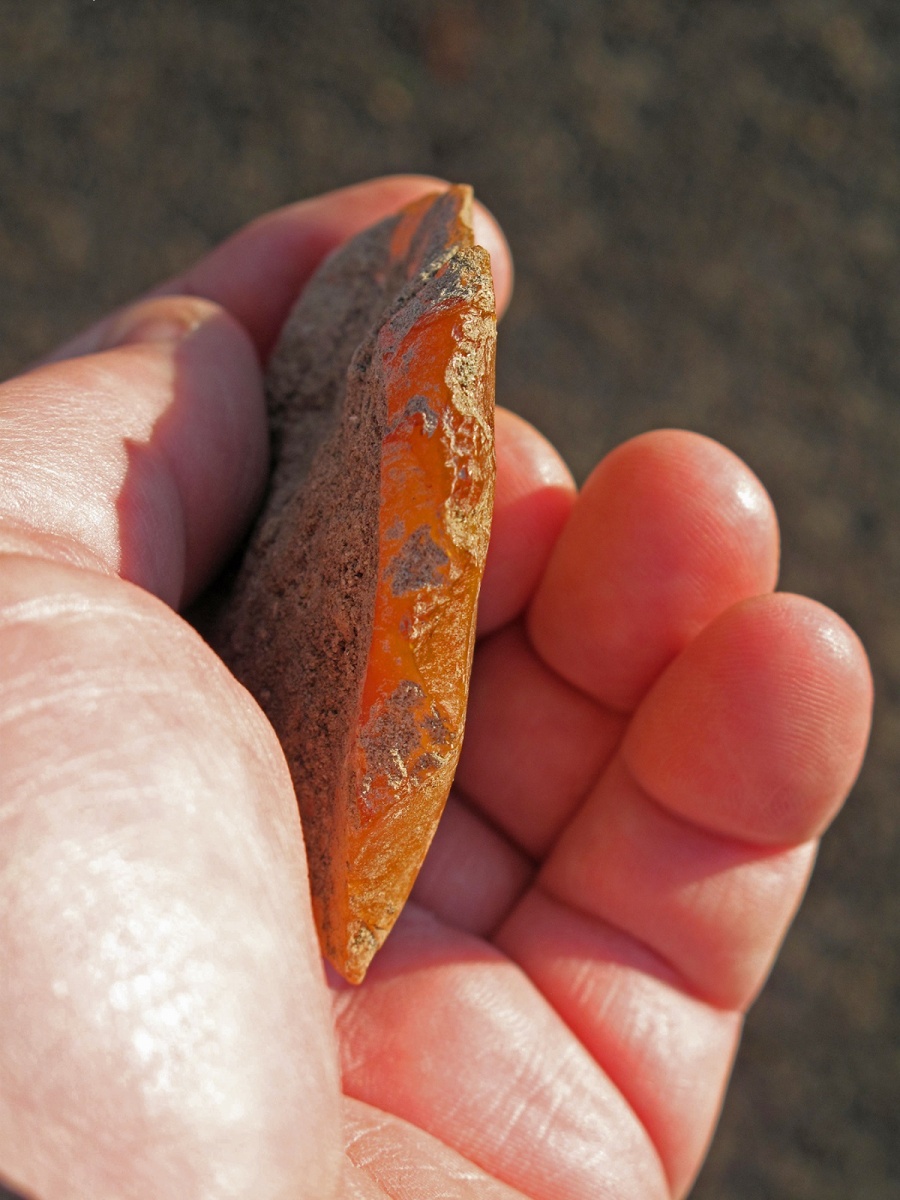