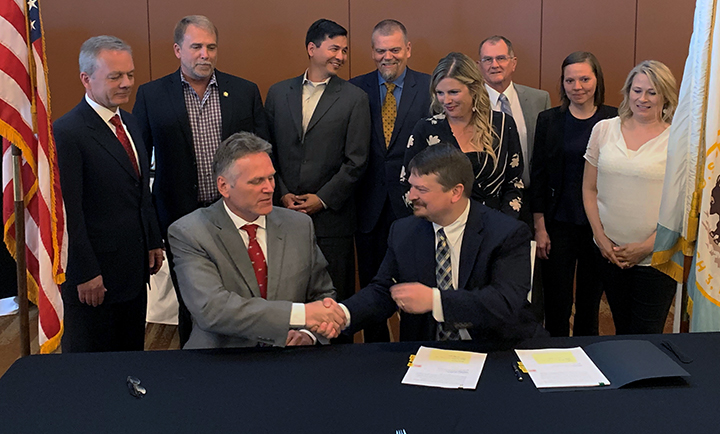 ANCHORAGE – Today, the U.S. Department of the Interior issued two Public Land Orders (PLO) affecting approximately 1.3 million acres of public lands in the Fortymile Subunit of the Eastern Interior and the Bering Glacier area in Southcentral Alaska. The PLOs revoke, in part, PLOs issued in 1972 under Sec. 17(d)(1) of the Alaska Native Claims Settlement Act (ANCSA).

“Signing these PLOs is a return to a cooperative partnership with the people of Alaska. These decisions are the product of years of review and analysis, resulting in an action that delivers on overdue federal promises made to Alaskans in the Statehood Act and the Alaska Native Claims Settlement Act and to Alaska Native veterans in the recently passed John D. Dingell, Jr. Conservation, Management, and Recreation Act. We are proud to continue to foster economic prosperity for local communities, ensure continued access to public lands for hunting and fishing for generations to come — both sport and subsistence — without compromising stewardship of our nation’s lands,” said Assistant Secretary for Land and Minerals Management Joseph Balash.

“These actions are the product of close work between the Bureau of Land Management (BLM) and State of Alaska Department of Natural Resources,” said BLM State Director Chad Padgett. “These collaborations are in keeping with the Secretary’s intent of being a good neighbor and following through with the recommendations we have made in our Resource Management Plans. We’re looking forward to many more collaborations in the near future.”

This revocation will not impact ANCSA 17(b) easements, which ensure public access to public lands as directed by Secretarial Order 3373.

The original PLOs in the Fortymile Subunit and Bering Glacier were largely lands set aside for study and classification through the land use planning process over forty years ago. The lands will be open in 30 days, and any applications received prior to that will be considered simultaneously filed at that time. For more information on mining on BLM-managed lands in Alaska, see www.blm.gov/alaska/mining.

PLOs are issued by the Secretary of the Interior to establish, modify, extend, or revoke public land withdrawals under the authority of the Federal Land Policy and Management Act (FLPMA) of 1976. Some PLOs are tied to Alaska-specific laws, like ANCSA or the Alaska National Interest Lands Conservation Act of 1980 (ANILCA), while other PLOs stem from nationwide laws like the FLPMA.