VALE, Ore. – The Bureau of Land Management named Wayne Monger as its new Vale District Manager, replacing Don Gonzalez, who retired in December 2020 after 14 years in the role.

"It is my pleasure to announce the selection of Wayne Monger as Vale District Manager,” said Barry Bushue, BLM Oregon-Washington State Director. “Wayne is committed to cross-program collaboration with external and internal customers and has managed several challenging resource issues for the BLM." 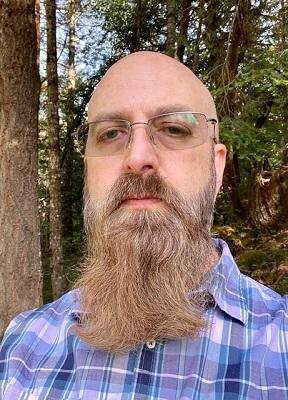 Most recently, Monger worked as the Deputy District Manager of the BLM Roseburg District in western Oregon, where he managed district operations, resources, and administration. Monger also has extensive experience working in high desert environments, due to his previous work at the St. George Field Office in the Color Country District in Utah and his work in the Arizona Strip District in Arizona.

“I am humbled to serve and committed to maintaining the successful team that exists at the Vale District,” Monger said. “I look forward to working with my team on the challenges ahead and exploring innovative solutions to accomplish our mission.”

He holds a bachelor’s degree in outdoor recreation in parks and tourism with an emphasis in natural resource recreation from Southern Utah University and a graduate-level NEPA certification from Utah State University.

Monger, his wife Marisa, and their daughter Sara look forward to exploring eastern Oregon. Most of their family is in Utah and New Mexico, where they like to visit in the late summer to re-stock their green chili supply. Wayne can usually be found tinkering around the house or driving a tractor, and he also enjoys fishing and woodworking. All activities are fueled by strong coffee.

The Vale District manages approximately 5.1 million acres of public land along the Snake River between Oregon and Idaho, including small sections of Washington and Nevada.