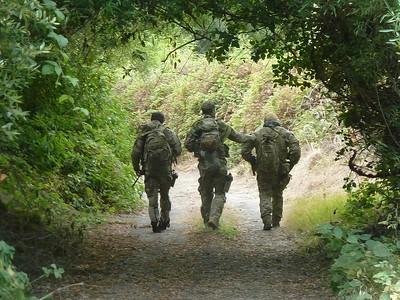 In addition to marijuana and chemicals, ammunition and weapons were also seized. The trash and litter these operations leave behind also impacts public lands: almost 300 miles of waterline, 583 propane tanks were collected during these operations, as well as more than 67,000 pounds of grow site infrastructure.

“The BLM is proud of its law enforcement Rangers and Special Agents for conducting this important work,” said BLM California State Director Karen Mouritsen. “These illegal operations have a devastating impact on our environment and the health and safety of communities, which we cannot tolerate. The BLM looks forward to working with the Attorney General’s Office again next year on this very important effort.”

Like all the bureaus and agencies that make up the Department of the Interior, the BLM is playing a central role in protecting our natural resources, pursuing environmental justice, and honoring our nation-to-nation relationship with Tribes in the stewardship of public lands. The BLM supports the Biden Administration’s conservation vision for doing better for people, for fish and wildlife, and for the planet. Proper management of these resources keeps working public lands healthy and productive for current and future generations of Americans.

“Growing marijuana on federal land is a crime, but that is not the only issue here,” said Special Agent In Charge Dylan Ragan. “It also has devastating impacts on public safety, wildlife, and natural resources. I have a profound respect for the fantastic work our rangers and special agents involved in eradicating illegal grow sites and removing highly toxic chemicals that pollute public lands and waters.”

The BLM promotes safety, security, and environmental protection of public lands, public land users, and employees. The BLM strongly advises anyone encountering what appears to be a growing site to leave the area immediately and call the county sheriff or the nearest BLM office. For additional information or to notify law enforcement authorities of suspicious activities on public lands, please contact the BLM by visiting https://www.blm.gov/california.