LAKEVIEW, Ore. — The Bureau of Land Management (BLM) is pleased to announce the selection of Angela Bulla as the new Deputy District Manager for the Lakeview District. Bulla previously served as the Assistant Field Manager for the Monticello Field Office in Monticello, Utah. 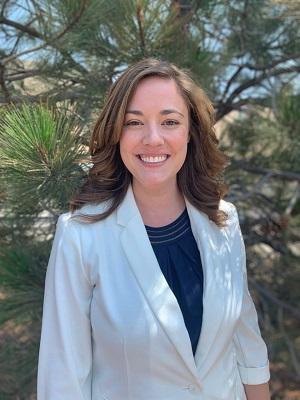 As Deputy District Manager, Bulla will assist in managing 3.5 million acres of public land in Lake, Klamath, and part of Harney counties in south-central and southeastern Oregon. The District is made up of two field offices, the Klamath Falls Field Office and the Lakeview Field Office.

“I am humbled to serve and committed to building and maintaining a successful team in the Lakeview District,” said Lakeview Deputy District Manager Angela Bulla. “I look forward to working with my team on innovative ways to support the BLM’s multiple-use mission and meet the needs of the growing Oregon population.”

Bulla began her federal career as a geologist with the U.S. Forest Service in Wyoming. Bulla then started her BLM career as a geologist in Casper, WY. During her time as a geologist, she was project lead on projects for coal, uranium, bentonite, sand and gravel, and oil and gas. As the Monticello Field Office, Assistant Field Manager, Bulla oversaw the grazing, lands and realty, cultural, wildlife, and minerals programs. She also assisted with the Bears Ears National Monument Management Plan.

Bulla grew up in Wisconsin and received a B.S. in Geology from the University of Wisconsin River Falls. She then continued her education at Northern Arizona University where she received a M.A. in Science Education with an emphasis in geology. Bulla and her husband, Evan, enjoy fishing and hiking with their two golden retrievers.