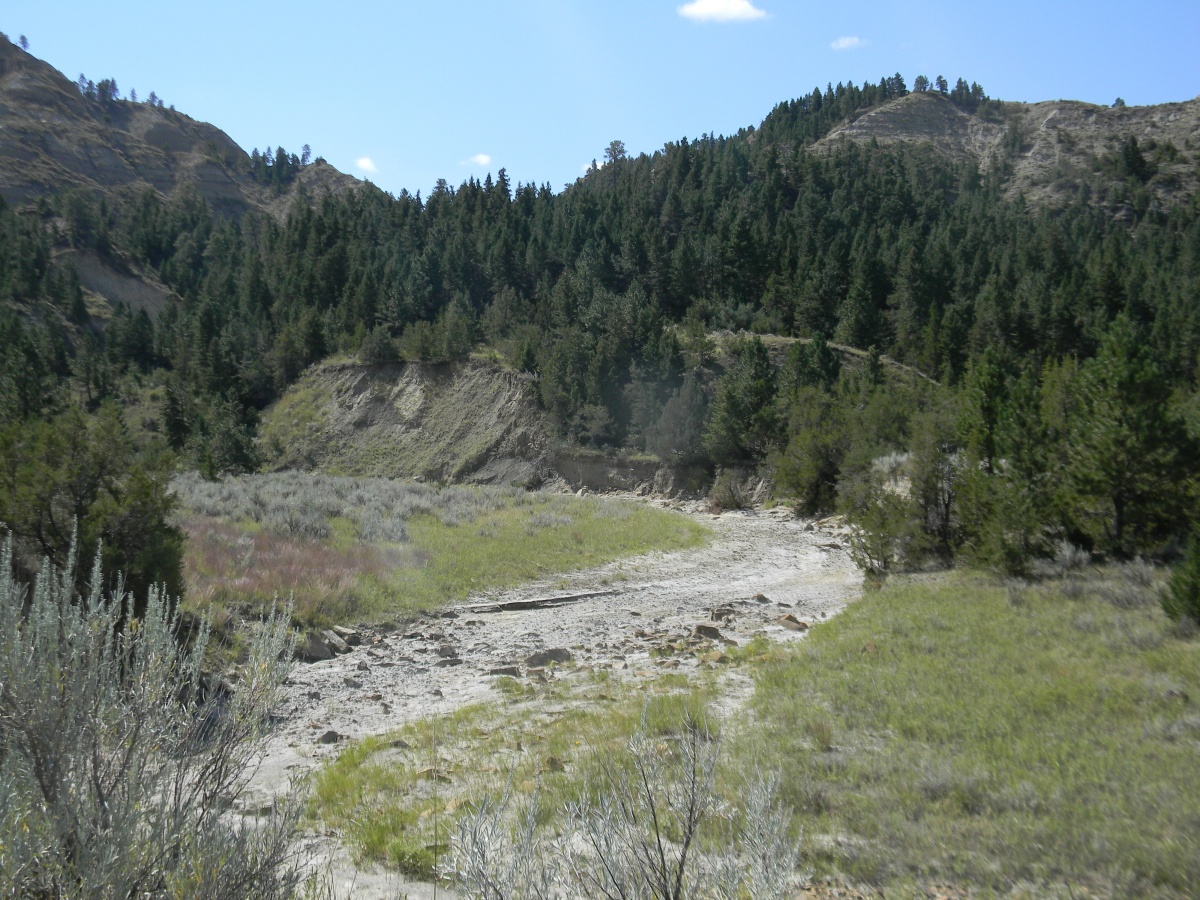 The Seven Blackfoot WSA consists of terrain highly dissected by washes and a single creek, Seven Blackfoot Creek. Wild and broken landforms formed by erosion through shales and sandstones have left a vista of rugged, stark cliffs cut into rolling prairie meadows and offset by pockets of ponderosa pine and Douglas fir.  It is a rugged area of breathtaking beauty. The presence of Douglas fir is unusual this far east.  Plant and flower enthusiasts can find several types of grass, many flowering forbs, brush such as silver sage, big sage, yucca, and greasewood. Wildlife within the WSA includes elk, deer, coyotes, porcupines, hawks, owls, badgers, horned lizards, and rattlesnakes. The fossils bearing Hell Creek and Tullock formations are exposed in places.  Recreational opportunities in this WSA include hiking, hunting, horseback riding, nature photography and sightseeing.

The Seven Blackfoot Wilderness Study Area (WSA) is approximately 30 miles northwest of Jordan, Montana in Garfield County. Public access is available through a narrow 1/4-mile section on the Chalk Butte County Road. From Jordan, go towards the Jordan airport (which is west of Jordan) on the Brusett Road.  Travel on the Brusett Road (which is initially paved and then turns into a gravel road) approximately 20 miles (go past Brusett); turn right on Chalk Butte Road (North); go approximately 6 miles where there will be public access for Seven Blackfoot WSA.  ***Your best bet is to stop at the Miles City Field Office and get a BLM Map as many of the county roads are not signed/labeled