Paleontological resources on BLM lands in Utah are some of the most diverse and scientifically important in the Western Interior. Everything from soft-bodied Cambrian arthropods to recent Ice Age mammoths have been found. Particularly important are finds from the Mesozoic era. Triassic, Jurassic, and Cretaceous age rocks have yielded a wealth of information about the age of reptiles in ancient North America. 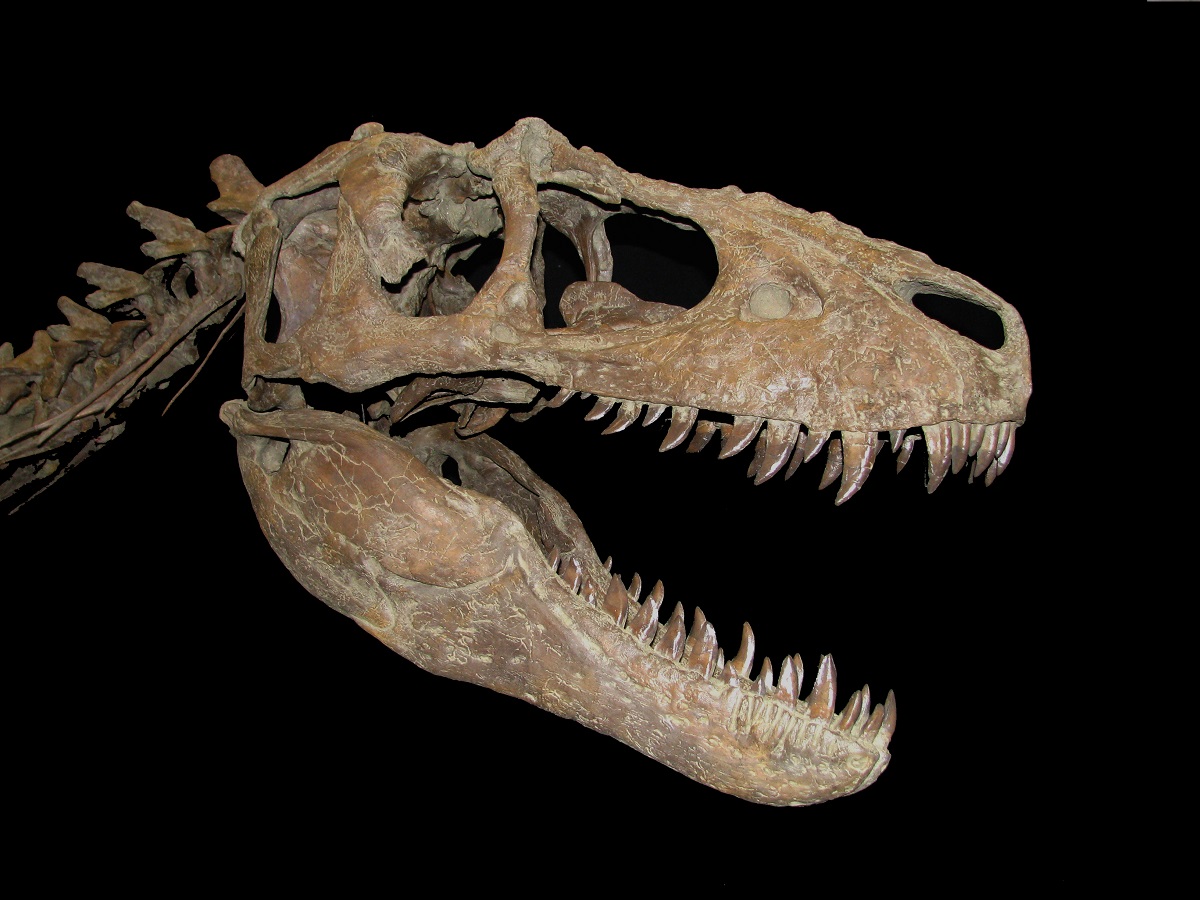 In 2014, Dr. Alan Titus, paleontologist at Grand Staircase-Escalante National Monument (GSENM), found a mass mortality bone bed containing multiple tyrannosaurs, hadrosaur dinosaurs, large and small turtles, raptors, fish, and flying reptiles (pterosaurs) in the central part of GSENM. The site is the largest bone bed found in the Late Cretaceous of Utah, and the only mass kill tyrannosaur site known from the southern U.S. Excavation of the site has been ongoing since 2014 and will last into 2020 due to the size of the site and volume of bone. Nicknamed the "Rainbows and Unicorns" site, it is the find of a lifetime. 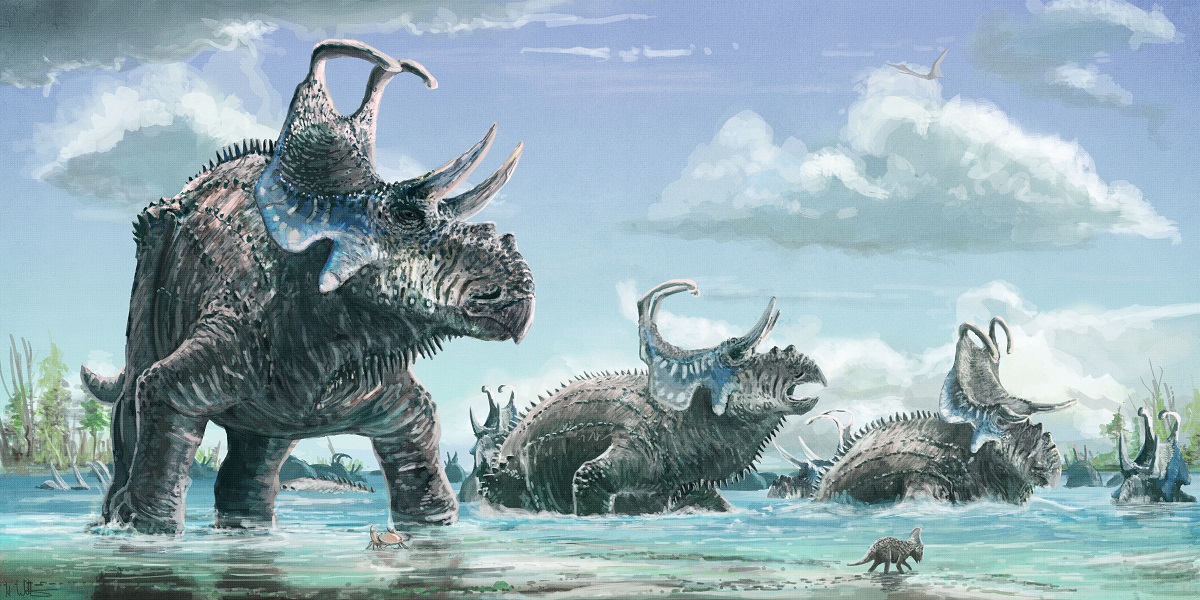 Scientists conducting paleontological and geological surveys in the BLM's Grand Staircase-Escalante National Monument in southern Utah recently unearthed a newly discovered species of horned dinosaur. Named Machairoceratops cronusi, the dinosaur is a new species of Centrosaurine that comes from the family of large-bodied horned dinosaurs which lived in North America and Asia toward the end of the dinosaur era.

Centrosaurines are herbivorous with parrot-like beaks, large noses, facial horns, and neck shields. Machairoceratops is estimated to have been six to eight meters long and weighed as much as one to two tons. "This is a new horned dinosaur species related to Diabloceratops. It came from the upper portion of the Wahweap Formation and dates to about 78 million years ago," said Alan Titus, BLM Paleontologist at Grand Staircase-Escalante National Monument.

Machairoceratops is unique in many ways. For example, relatively few dinosaurs of this family have been discovered in the southern portion of North America. The species also differs from other horned dinosaurs in Utah and, through a study funded in part by the BLM, was found to have peculiar physical features that separates it from other species. "Machairoceratops is unique in possessing two large, forward curving spikes off of the back of the neck shield, each of which is marked by a peculiar groove extending from the base of the spike to the tip, the function of which is currently unknown," said Eric Lund, an Ohio University graduate student and lead author of the study. 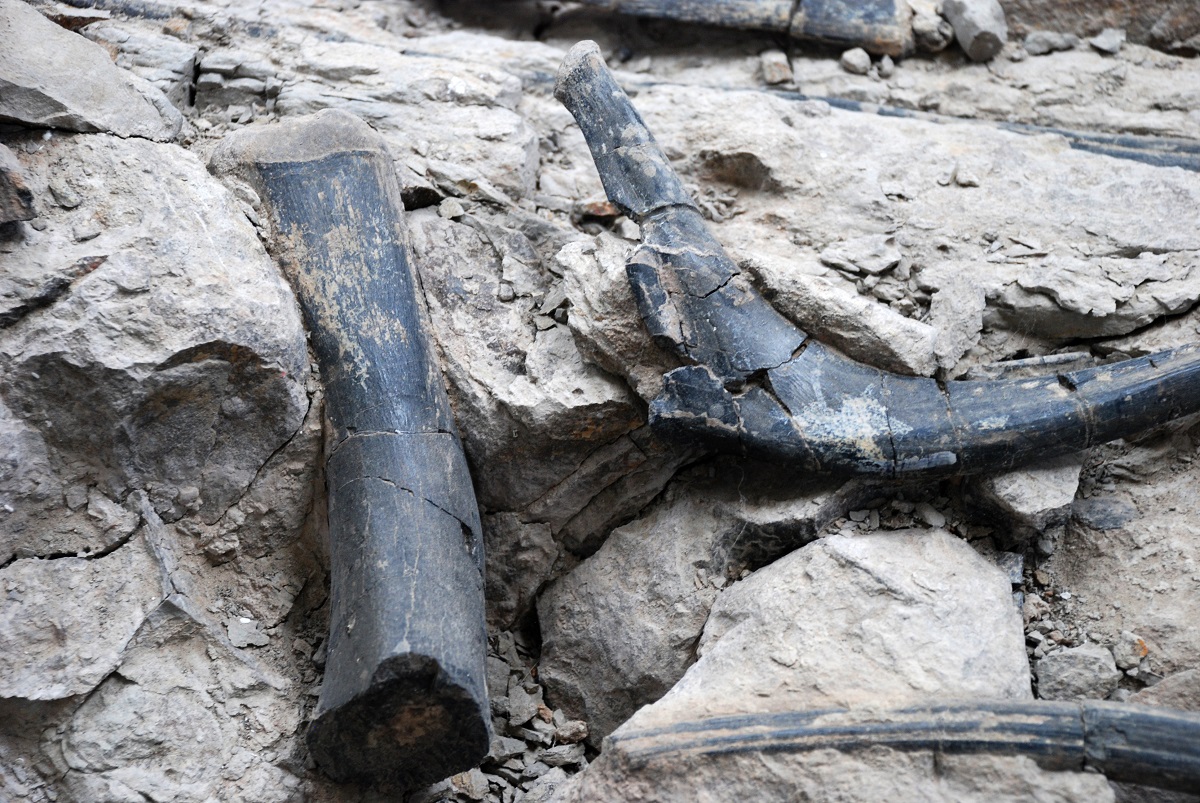 Cleveland-Lloyd Dinosaur Quarry (CLDQ) is the densest concentration of Jurassic dinosaur bone ever found in the whole world. This incredible deposit is only about 3 feet thick, probably less than a quarter acre in extent and has already yielded more than 10.000 bones. Probably as many more remain in the ground but you can’t tell for sure until they are dug up. The site has remained an unsolved puzzle for almost 90 years now. Even today, scientists from the University of Wisconsin/Oshkosh are working on trying to figure out “what happened?".

Most of the bones are in great shape yet skeletons are almost totally destroyed. Most of the bones are from carnivorous dinosaurs yet there are 11 or 12 different species in the mix, including herbivorous dinosaurs. There is evidence to say water is involved and more to say that it couldn’t possibly be present. To relieve the strain on the brain of trying to comprehend this amazing bit of Earth history, the site has hiking trails, boulders to scramble upon, and a picnic area set among them. The geology visible near the site will entrance geologists and non-geologist alike. Reds, purples, greens, and grays with ledges, badlands, and hills offer endless opportunity for photography.