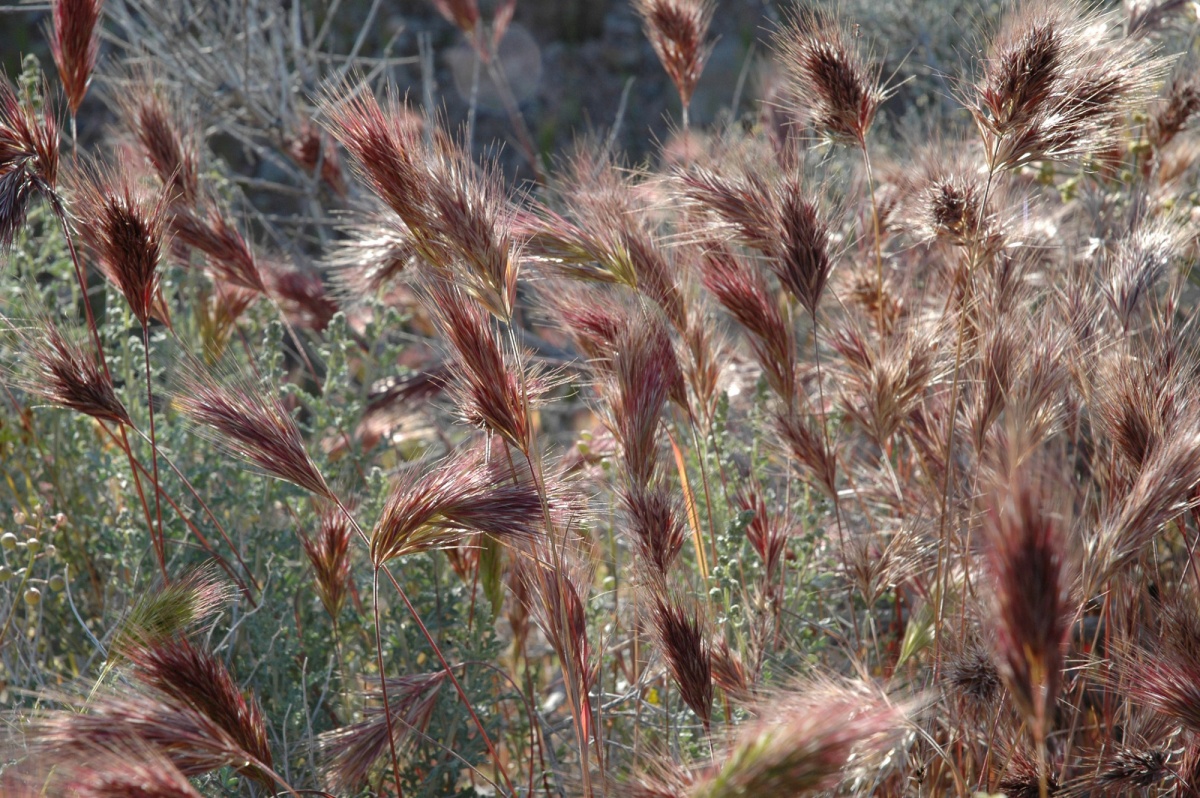 Maintaining or restoring land health is one of BLM’s highest priorities. Among the obstacles to maintaining healthy lands and restoring impaired ecosystems are noxious and invasive weeds. These plants dominate many sites, can cause long term damage to plant communities, and degrade resource values.

In the Great Basin, Mohave Desert, and other parts of the intermountain west BLM’s ""War Against Weeds"" now has two parts. The rapid spread of noxious weeds on western range and forest lands over the past half century has been well documented. The other part of the “War Against Weeds” is non-native invasive annual grasses, i.e., cheatgrass, medusahead, red brome, and others. Based on satellite imagery from 2003, about 11 million of the almost 48 million acres of BLM Nevada lands had at least 10% cover of cheatgrass and other annual grasses. While this may not seem like much, when such areas burn, the cheatgrass can be released, greatly increasing in coverage, initiating a cheatgrass fire cycle, and ecologically dominating that site.

The two most common forms of noxious and invasive weed treatments on BLM lands are reseeding as part of ES/R and herbicides. BLM weed specialists receive training and hold federal and state licenses for the use of herbicides. Some herbicides are “restricted use herbicides,” which means a state license is needed to buy them. These are not the herbicides available at Lowes. Tordon and Escort, two herbicides widely used on BLM lands are restricted use herbicides. Tordon is commonly used on the knapweeds. Escort is used on whitetops and leafy spurge. People using such herbicides on public lands must hold state certification and be under the supervision of someone with federal certification.

Green, or crimson, fountaingrass (Pennisetum setaceum) is a non-native plant introduced as an ornamental landscape plant. It is very invasive, spreading by wind-blown seeds and escaping from urban areas into natural environments, including BLM managed public lands. There it crowds out native plants, alters wildlife habitats and increases the risk from wildfire. For these reasons, the State of Nevada has declared it a noxious weed, requiring landowners and land managers to control it. The Las Vegas Field Office received a grant from the National Fish and Wildlife Foundation to help develop the Southern Nevada CWMA and implement the Fountaingrass Control Initiative, and continues to be an active partner in the CWMA.