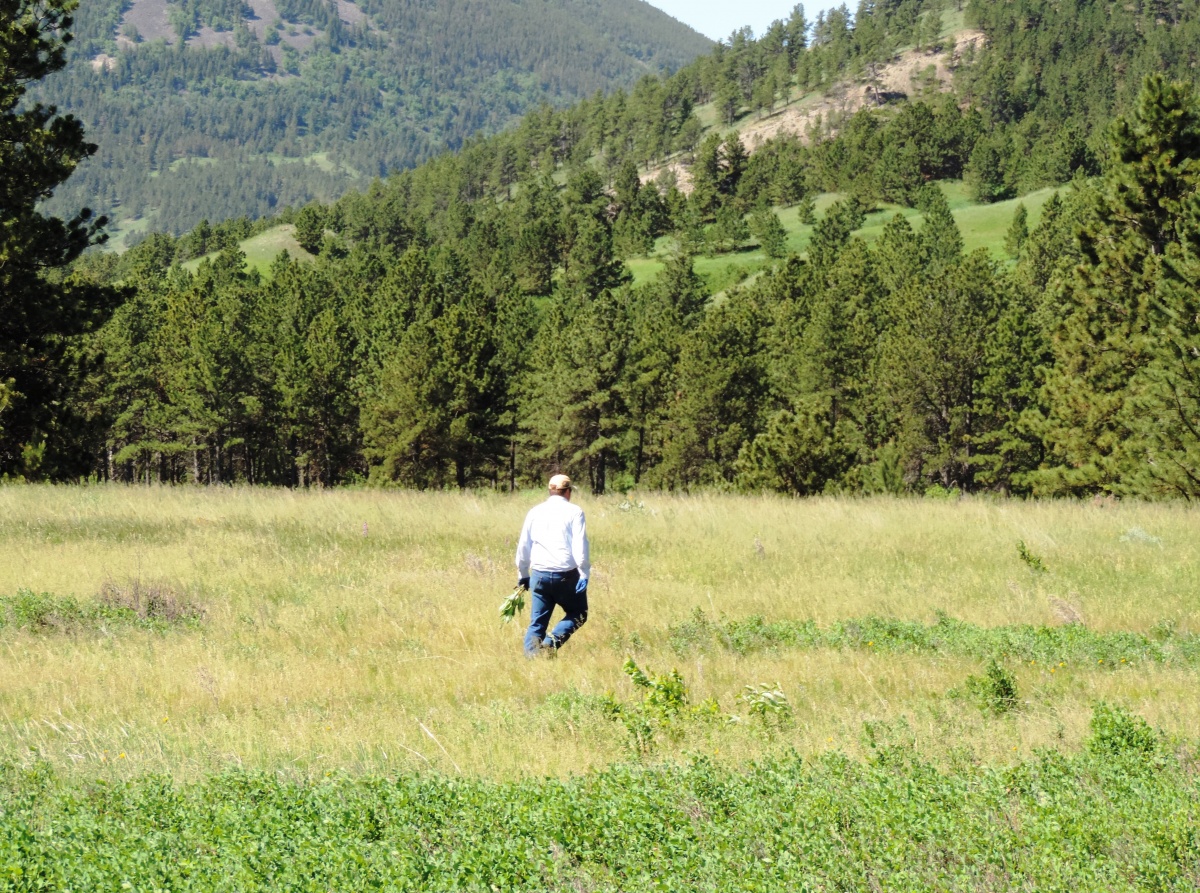 One of the BLM's highest priorities is to promote ecosystem health and one of the greatest obstacles to achieving this goal is the rapid expansion of weeds across public lands. These invasive plants can dominate and often cause permanent damage to natural plant communities. If not eradicated or controlled, noxious weeds will continue to jeopardize the health of the public lands and to constrain the myriad activities that occur on public lands.

BLM Montana/Dakotas works hard to remove noxious weeds from public lands to maintain and restore health to those lands.

“Kenny is always willing to spend his personal time and resources to support invasive plant management, and represent the model envisioned for the Barb Mullin Achievement Award for communication and coordination in invasive plant management,” explained Celestine Duncan of Weed Management Services. “He is respected by private land managers, and county, state and federal partners for his weed management efforts, expertise, and willingness to tackle new projects.”

To qualify, nominees must have been active in the MWCA for 10 years or more; demonstrated leadership abilities; and successfully dealt with agencies and the public in the noxious weed effort.

Keever’s history with weed control spans over two decades beginning when he was just a teenager. In the early 1990s the BLM partnered with his high school vo-ag program to collect and send out leafy spurge red headed stem borers and flea beetles.

According Keever, the introduction and expansion of invasive plants across the western states is one of the most challenging issues land managers face.

“Montana has led the charge against these alien invaders for decades,” he explained.

Keever became a member of the MWCA in 2000 and has been closely involved with managing invasive plants in Montana ever since.

Liberty and Toole Counties Weed District Coordinator Jim Ghekiere stated, “Kenny has shown a serious commitment to his job, and to noxious weed control efforts all across Montana.”

Keever is a leader in weed management efforts for many environmentally sensitive areas in north-central Montana, according to Terry Turner, the Hill County Weed District Coordinator.

“He meets regularly with landowners and agency personnel in developing weed management strategies for these areas, working hard to find a common bond between landowners and agencies. He has spent countless hours in planning meetings working with these landowners on weed grant proposals and providing them with weed control advice and assistance, as well as working hard to raise the awareness of new invasives such as perennial pepperweed and Russian olive.”