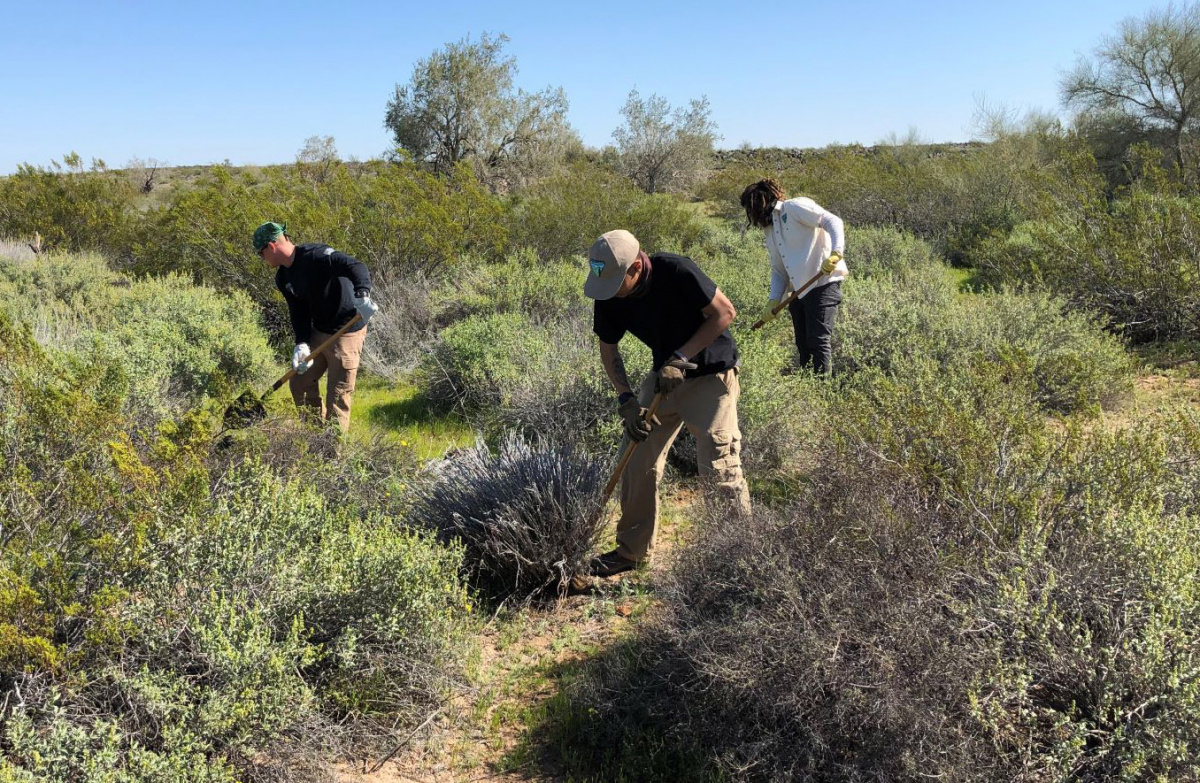 Invasive weeds are generally non-native plants introduced to North America from Europe and Asia. Since the mid-1800s, these plants have spread at an alarming rate. Unlike native species, there are no native insects, fungi, or diseases to control their growth and spread in this country. What initially began with a handful of plants in the 19th century now numbers in the hundreds of millions.

In Arizona, managing invasive plants such as tamarisk (salt cedar) and buffelgrass is a priority for the BLM.

BLM Arizona has had a successful partnership with the Tucson Chapter of the Arizona Native Plant Society, working toward the control of buffelgrass in an area of the Ironwood Forest National Monument (IFNM) in an area where there is endangered cactus.

Volunteers who are certified applicators have contained buffelgrass from the Waterman Mountains to controllable levels and continue to monitor and spray and new seedlings that appear after the rains. They started working on a solid stand of buffelgrass that was planted at a mining mill site for reclamation. The area was about 18 acres in size and was also a seed source for dispersal through the area. After two years of commercial spraying to knock the population back on the easier areas, volunteers took over and started spraying with backpack sprayers in the hottest, humid part of the year to get all the plants the commercial companies missed and the plants that had dispersed into the surrounding desert. The volunteers also shared their knowledge of what works and what does not with the agencies and partners that made up the southern Arizona Buffelgrass Coordination Center.

The comeback of native plants continues, including remarkable growth in established native tree seedlings this monsoon season. This past year, an endangered Nichol Turks Head Cactus was discovered in the area formerly cleared as a landing strip, "restored" by seeding with buffelgrass, then receiving intensive buffelgrass control efforts by BLM in partnership with Friends of Ironwood Forest and Arizona Native Plant Society.