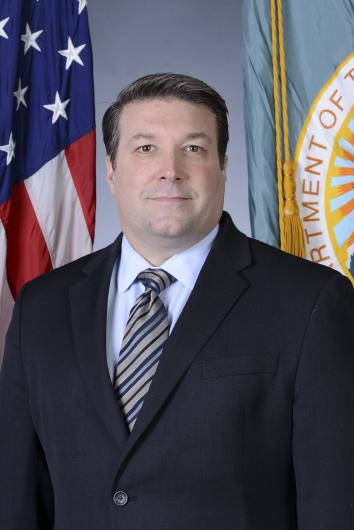 Chad Padgett became the BLM’s State Director for Alaska in February 2019. Prior to joining the BLM, Padgett was the State Director for Alaska Representative Don Young for more than 10 years. From 2001 to 2009, Padgett served as a Presidential Appointee to the U.S. Department of Agriculture’s (USDA’s) Farm Service Agency, where he served as Alaska State Executive Director. For 2 years, he was a dual appointee, also serving as acting State Director for the USDA’s Rural Development. Earlier in his career, Padgett worked in Representative Young’s state office for 7 years, including 6 years as Deputy District Director, during which he oversaw five Alaskan offices while also working closely with many federal agencies, including the BLM. Padgett has a bachelor’s degree in political science and international relations from Boise State University. He graduated from Seward High School in Seward, Alaska.